A look at some of Shakespeare’s more irreverent characters with pieces from Henry IV pt.1, Henry V, The Winter’s Tale, As You Like It, Pericles and more. 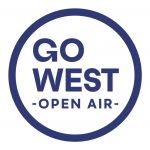 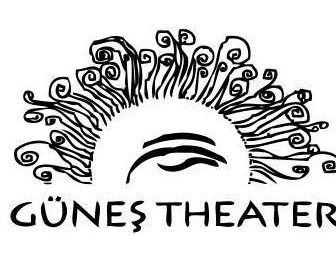 Travellers, Fools & Thieves will be performed outdoors at the Güneş Theater’s Go West Open Air Festival on the following dates:

Jim has been performing and directing since the late 1980s. With Shakespeare Frankfurt, in its various guises, he has performed Stephano and Alonso in The Tempest, Orsino in Twelfth Night, Rodorigo in O (Othello) and Macduff in Macbeth. He was in the company’s first film, Spiritus Vitae – The Breath of Life, as Nurse in Romeo and Juliet. He can also be seen in the upcoming production of Antony and Cleopatra at the ITF. In Germany, he has additionally performed for Oper Frankfurt, Frankfurt English Speaking Theatre and the Interkulturelle Bühne (in German), and directed for FEST, the English Theatre Frankfurt, and the European Central Bank Theatre Ensemble. He has appeared in two German-language short films and one music video. As a playwright, he is completing his adaptation of three works by Native American poet Beth Brant, an homage to his Cree Nations mother.

Varvara comes from Athens, Greece. She has trained in various theatre institutions in Germany and in England on Meisner Technique, Improvisation, Shakespeare’s Text and on Meyerhold’s Biomechanics & Physical Theatre. This is her eighth production with Shakespeare Frankfurt having played the roles of Lady Macbeth (Macbeth) and Emilia (Othello) in 2019. Most recently, she performed in Huck Finn for The English Theatre Frankfurt and acted in Shakespeare Frankfurt’s film Spiritus Vitae – The Breath of Life. This season 21/22, she will play Cleopatra at Shakespeare Frankfurt’s production of ‘Antony and Cleopatra’ at the Internationales Theater Frankfurt.

Michael has been acting since he was a child. With the touring Zettels Theater company he performed in a number of German Shakespeare productions, including Richard III where he played the title role. Joining the Shakespeare Frankfurt ensemble in 2016, he added several famous Shakespeare characters to his list: Ariel in The Tempest, Sebastian in Twelfth Night, Bottom in A Midsummer Night’s Dream, Edmund in King Lear, and Macbeth. His other acting credits include Henrik Ibsen’s An Enemy of the People, Yasmina Reza’s Art, Martin McDonagh’s The Pillowman and Martin Heckmanns’ one-person play Finnisch, for which he received the Best Actor award at the Freispiel Festival in Freiburg. In 2020 he co-developed, edited and acted in Shakespeare Frankfurt’s first feature film Spiritus Vitae – The Breath of Life and portrayed the mentally unstable composer Robert Schumann in Theater 3D’s production Dichterliebe which won the jury award at the MADE Festival in Fulda.

Susanna Mauer (she/her) is an actress and singer currently based in Frankfurt. Her love for theatre developed at an early age and she began voice, dance and acting training when she was just 6 years old. After spending her early childhood working and training in the UK, she moved to Germany with her family and received an acting scholarship from the Peter Ustinov Foundation. As a teenager she appeared in several productions at the English Theatre and the Gallus Theater in Frankfurt. Susanna has spent the last three years studying English at the University of Cambridge, where she was an active member of the student drama scene and participated in 35 productions alongside her degree. For the past two (pre-covid) summers she has worked and performed at the Edinburgh Fringe Festival. This is her third project with Shakespeare Frankfurt, having played ‘Dorine’ in rehearsals for Molière’s Tartuffe and Regan in the summer 2021 production of King Lear.

PJ has directed for the English Theatre Frankfurt Huck Finn, Shockheaded Peter (Covid cancelled) and for next season will direct Girl with a Book by Nick Wood. He is the Artistic Director of Shakespeare Frankfurt, for whom he directed the film Spiritus Vitae, The Breath of Life, and for the 2021-22 season is directing Travelers, Fools and Thieves, Antony and Cleopatra and next years Garden production As You Like It. Other plays he has directed for SF include, Trojan Women by Euripides, Shakespeare’s Macbeth, Othello, A Midsummer Night’s Dream, Twelfth Night, The Comedy of Errors (Covid cancelled) and An Enemy of the People by Henrik Ibsen. His production of The Pillowman by Martin McDonagh was at the Internationales Theater Frankfurt in the Fall of 2019. From 2015-18 he was the Director in Residence at The LOFT, where he directed Shakespeare in the Garden:Hortus Inclusus, Shakespeare’s The Tempest, Grounded by George Brandt and was the co-creator of Where. For 10 years he was the Artistic Director of Shakespeare Anyone? founded in New York City in 2005, where he directed, produced and/or performed roles from all but 5 of Shakespeare’s plays. He was the Associate Artistic Director of WordBRIDGE Playwright’s Laboratory. He also cast and directed BFA playwriting thesis projects for NYU’s Tisch school of the arts. He has taught Acting, Scene Study, Stage Combat and Shakespeare courses at the collegiate level as well as high schools and private institutions for over 20 years. He holds a Master of Fine Arts from the University of Missouri-KC in Acting and Directing.