A detailed look at how location is created, manipulated and managed by those who create Theatre.

The Covid restrictions are easing. Theaters are opening again, and we at Shakespeare Frankfurt are thrilled to invite you to our 2nd annual online symposium and fundraiser. This event was born from the restrictions placed due to the pandemic but we see it as a blessing in disguise. By offering this as online content we are able to gather artists from around the world to share their experiences and discuss various aspects of theatre. What a great way to celebrate World Theatre Day! We look forward to sharing all this content with you and hope to see you at the Theatre and the Garden.

For this years World Theatre Day event we have organized three panels of professionals with each focusing on a different aspect of location.

With our designers Michelle Bohn, Mal Hall, and J.P. Volk we discuss the approach they each use when recreating or replicating certain environments both historical and fantastical within the confines of a theatre and their specific disciplines.

Our Actors panel include Stephen Conrad Moore and Nicolas Matthews, each are classically trained in their respective countries and are full time performing artists living and working in NYC and the Schauspiel house system here in Germany. Their discussion focuses on the differences and similarities of theatre between the two cultures.

Finally, we have our directors panel which brings Michele Vazquez, Joanna Rosenfeld, and Anna Demidova together as we discuss their approaches to creating outside of a traditional theatre, whether it’s in, clubs, bars, gardens, warehouses or a street corner.

As an added bonus we will also be sharing excerpts from our summer Go West festival production Travellers, Fools, and Thieves. So crack a bottle of your favorite wine get comfy and enjoy some insights into the world of theatre from those whose job it is to create.

A comparison of professional actors in the US and Germany, from desire, to training, to working in the professional world and beyond.

How we create the world of the play using technology, creativity and the senses.

Transforming the mundane into the otherworldly.  A detailed look at using non-traditional spaces as venues for theatre.

We are at a difficult time for the world of the arts, the global pandemic has forced the closure of over 10 million jobs in the arts sector globally and those of us still around are in great need of your support. All the artists who will be a part of our World Theatre Day symposium and fundraiser are volunteering their time and we hope you too will be generous with your giving. We truly hope the panels we have organized will bring some greater sense of understanding of the art form of the modern theatre as well as insight into the inner workings of a field that is facing major structural changes due to our everchanging world. Thank you for donating and enjoy this celebration of Theatre arts and the people who bring it to life!

There is a suggested €10 minimum donation to attend this event. Larger donations are certainly welcome and most appreciated! Donations can be made via PayPal or bank transfer. As we are a registered association, all donations are tax deductible. For questions regarding your donation, please contact pomoni.varvara@shakespearefrankfurt.de. 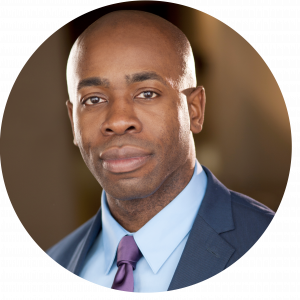 Stephen Conrad Moore is an American actor who has appeared on numerous theatrical stages in New York City and across the US, where he originated leading roles in plays by Thomas Bradshaw,  Ellen McLaughlin and Colman Domingo, amongst others.   He has also established his mark in film and television, guest starring on shows like Empire, The Path, and The Good Fight (to name a few).  He most recently completed 5 seasons of The Bold Type (Freeform), where he was a series regular playing Oliver Grayson, the fashion editor of Scarlet Magazine. He studied theatre at the University of Missouri – Kansas City (Double BA in English and Theatre) and The Yale School of Drama (Masters in Fine Arts in Acting) and currently lives in New York City. 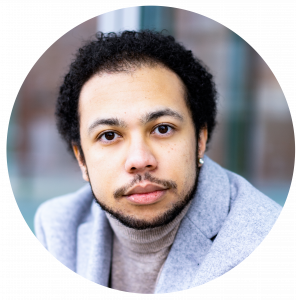 Nicolas Matthews was born 1992 in Kitzingen, Germany. He moved to the USA with his family in 1999 and lived there until they returned to Germany in 2007. Nicolas performed in several different productions at Theatres in Mannheim and in the Musical “The Full Monty” at the Pfalzbau Theater Ludwigshafen. From 2015-2019, he studied acting at the Frankfurt University of Music and Performing Arts. During his time there, he performed in many different productions at Schauspiel Frankfurt, including “The Ministry of Lost Trains” (Director: Viktor Bodo). He was also a guest performer at the Hessisches Staatstheater Wiesbaden. Nicolas was a voice actor in the radio play “Eine Hand voller Sterne”, which was awarded the German Children’s Radio Play Prize in 2018. He has been an actor in the Ensemble of Schauspiel Hannover since the Summer of 2019. There he has worked with several directors including Stephan Kimmig, Armin Petras, Ben Frost, Miriam Ibrahim, Friederike Schubert and Marie Bues. Aside from his work in the theatre, he has acted in television shows like “Morden im Norden” (NDR, 2022) and “Vienna Blood” (BBC/ORF, 2021) and appeared in a small role in the ARD Television movie “Die Luft, die wir atmen” (Director: Martin Enlen).
DESIGNERS 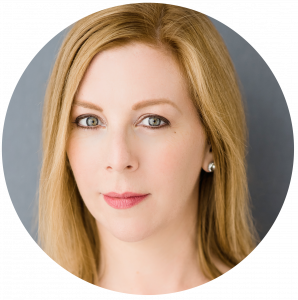 Originally from Montréal, Michelle Bohn has over 20 years of international design experience. Her work has been seen on both stage and screen across the United States, Canada, and England. She holds a BFA in Design for the Theatre from Concordia University (Montréal) , and an MFA in Costume Design and Technology from the University of Missouri – Kansas City, one of the top costume design programs in the world. Over the course of her professional career, Ms. Bohn has also taught at prominent academic institutions in both the USA and Canada, including Tulane University and CUNY – Hunter College . As a professional set and costume designer, Ms. Bohn loves the collaborative aspect of her job, and is always willing and happy to travel. She speaks English, French, and German, as well as some Spanish and Italian. Ms. Bohn is a proud member of the Associated Designers of Canada (IATSE ADC 659) and IATSE Local 873. 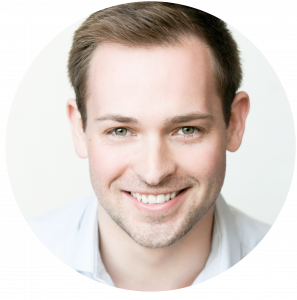 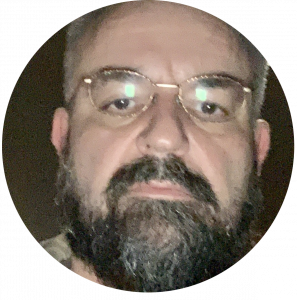 Born in 1968, JP started with lighting during the last years of school as a  hobby. Eventually, my hobby became a profession. I started as a technician, later board op / programmer, whilst still following my passion designing lighting for a semi-professional musical group.  Currently I am working as Beleuchtungsmeister at the Theatre Bielefeld. Recent Design credits include: “La Boheme”, “Mephisto”, “Text”, “Dunkel ist die Nacht, Rigoletto”,”Caleidoscope / Dark Side of the Moon” (All Theater Bielefeld) “Sweeney Todd”(Co-lighting design together with Derek Anderson; English Theatre Frankfurt), “Alice” and “Black Rider” (DramaClub at English Theatre Frankfurt). Apart from being a Lighting Designer, I also like programming shows on ETC EOS Systems. My aethestical approach is that lighting is a contributing art. The story telling always comes first. There should never be lighting for the sake of lighting. Each lx cue serves a purpose. For all decisions taken in the design process, I will always ask the question “does it bring the storytelling, the intention of the play / opera / ballet forward?” If the answer is yes, it is a good decision. If it is no, I have to think further.
DIRECTORS 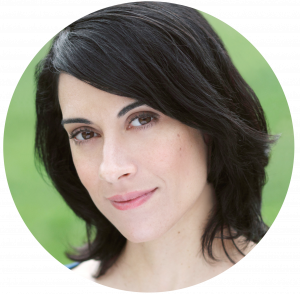 Michele Vazquez is an actor, director, and teaching artist in the Chicagoland area. As an actor, she has appeared Off-Broadway in NYC and has performed at various theaters both nationally and internationally. She is an ensemble member of Williams Street Repertory, Raue Center’s in-house professional theatre company in the northwest suburbs of Chicago.  Her television credits include several national commercial spots and appearances on “Chicago Fire,” “Chicago Med,” and “A Gifted Man,” among others.  As a director, her focus has been on new play development and Shakespeare. Michele has directed with WordBRIDGE Playwright’s Lab, WildWind, NYU Dept of Dramatic Writing, The Actors Studio, and many others.  Michele earned her MFA from Old Globe Theatre and her BFA from the University of North Carolina at Chapel Hill. She is a proud member of the Actors Equity Association and SAG-AFTRA. michelevazquez.com 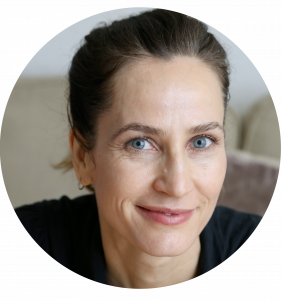 Joanna Rosenfeld is a German born freelance Director/ Performer/ Theatre Maker/ Artist/ Film Maker/ Poet/ Facilitator/ Lecturer, the founder of the Kitchen Sink Artist Collective, the co-producer and co-director of One Fell Swoop Project UNLOCKED Micro Shakespeare Festival, and a member of the Authentic Artist Collective.  Directing credits among others are: Shakespeare: The Merchant of Venice, Troilus and Cressida, Much Ado About Nothing, Twelfth Night, A Midsummer Nights Dream, King Richard II, Richard III, the award winning The Polished Scar by Duncan Henderson, Sarah Kane’s Clean, Brecht’s Herr Punilla and his man Matti. Performance credits among others: Shakespeare: Lady Macbeth, Touchstone, Antipholus of Ephesus, Herminone, Antonio (the Tempest), Medea, Ross & Rachel. She creates original solo work such as Exiled, Close Ups and Unspeakable, Unspoken – Transformations into Motherhood. She also facilitates open spaces and workshops especially for women and mothers, and for people wanting to talk about Death and Dying. Two of her poems are published in ‘Night Bus to Speakers’ Corner: Original Prose and Poetry from Brighton’ while you can find several others on her YouTube channel TheKitchenSinkArtist. Joanna has an MA in English and American Studies from the Goethe University Frankfurt/M., Germany.  www.joannarosenfeld.co.uk 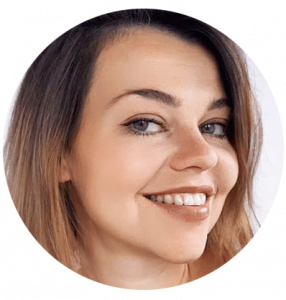 Anna Demidova is a theatre director and founder of Urban Forest Echo Company, based in Moscow Russia. Anna studied at Institutes of Modern Arts (Moscow Russia), received additional professional training with Russian Institute of Theatre Arts (GITIS), International University Global Theatre Experience, New International Performing Arts Institute, Jan Fabre Teaching Group, etc. Anna was a part of International Conference “Performing Arts Between Tradition and Contemporaneity” in 2019, 2020 and 2021 in Austria. She took part in festival and art residency RADI SVETA: BAIKAL in 2021 in Russia. With her theatre she was a part of Tavrida Festival and many events organised by STD RF (Theatre Union of the Russian Federation).

To register please fill out the form below. You will receive a confirmation email within 24 hours with further information. For any questions regarding registration, please write to events@shakespearefrankfurt.de.

By signing up for this event, you are agreeing to Shakespeare Frankfurt e.V.’s privacy policy. Your information will be securely stored and never shared and we promise to never send spam. We value and respect your privacy.

This event will be hosted via Zoom webinar. Please be sure you meet the technical requirements as indicated by Zoom before the event.